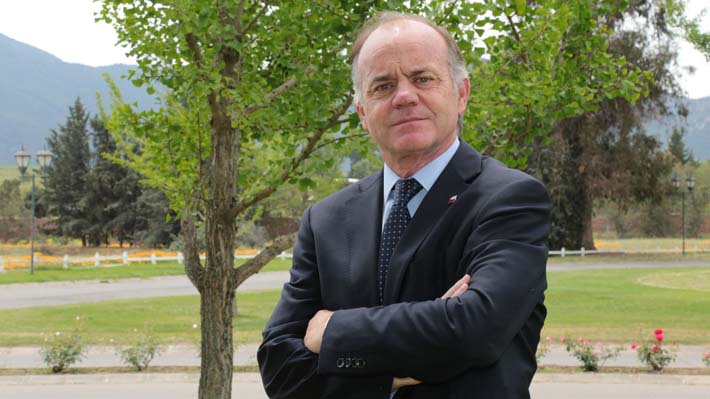 In his balance, Antonio Walker highlights that the good moment of the sector has translated into workers’ salaries and projects how 2019 is coming.
Chile’s non-copper exports, in 2018, reached US $ 38,987 million, with an annual increase of 13%, according to the Foreign Trade report prepared by the General Directorate of International Economic Relations (Direcon). Against this background, the Minister of Agriculture, Antonio Walker, told Emol that “the first sign is that we are not pure copper. 48% of Chile’s exports are not mining, ”said the head of the agriculture portfolio.
Among the most prominent sectors were silvoagropecuary and fisheries exports, which achieved historical performance in 2018, reaching US $ 6,346 million, after an increase of 13%. “Why is it so important? This is a very labor intensive sector. We generate almost 800 thousand jobs, ”said Minister Walker.

According to the head of the agricultural portfolio, the increase in exports has meant an increase in the salaries of workers in the sector, particularly in fruit growing. “There is a very important increase in salaries. An example: in the cherry season -which is in the months of November, December and January-, where there are very important dates such as Christmas and New Year, we are talking about liquid salaries, daily, from 45 to 50 thousand pesos, ”he said Minister Walker One of the major changes in the agricultural industry, if compared with previous years, is the incorporation of foreign workers. In Chile, according to data from the National Statistics Institute (INE), about 13,000 immigrants work in the forestry sector. “Today we need the national labor force, very important, and we also need immigrants. Now, as the President of the Republic says ‘that is why the house must be ordered’, and for that reason immigrants have to enter Chile with a work visa and not a tourist visa, ”said Minister Walker.