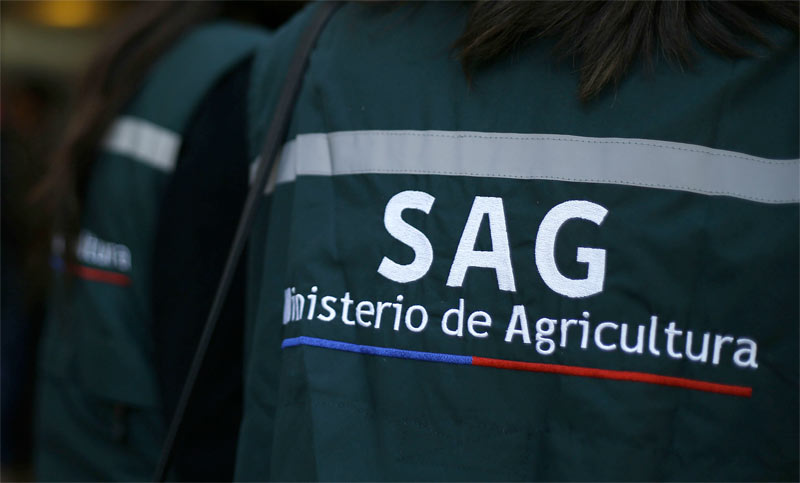 In a solemn ceremony, which was attended by the Undersecretary of Agriculture, Alfonso Vargas, and was headed by its National Director, Horacio Bórquez, the Agricultural and Livestock Service celebrated 52 years of existence since its creation, in 1967.

Before an audience of more than 400 people, among which were the Dutch ambassador, Harman Idema; the ambassador of Argentina, José Octavio Bordón; In addition to directors of other public services and representatives of the private sector and unions, the Director of the institution, Horacio Bórquez, toured the main milestones achieved by the intervention of the Service in recent months, along with acknowledging the hard work they have done officials and officials historically throughout the country as guarantors of phytosanitary and animal health. “During these months of work, the guidelines established by the Ministry of Agriculture have been the main pillars on which our work has been based: that of a Service committed to rural development, which seeks to promote more sustainable, innovative, modern, associative initiatives and that allow the development of a more competitive agriculture with less rural poverty, ”he said.

He added that one of the focuses of its management is to promote the modernization of the Service: “At the initiative of the Minister of Agriculture, and with an invitation to participate in the private sector, we constitute the“ SAG Regulatory Advisory Commission, whose action is framed in the modernizing axis of Minagri, seeking to de-bureaucratize management in the agricultural sector. For this, we sit at the table with different actors, in order to recreate rules and procedures, and thus facilitate production, processing and exports, ”explained the authority.

For his part, the Undersecretary of Agriculture, Alfonso Vargas, had complimentary words to highlight the role that the institution has played in the development of national agriculture, noting that “SAG is an institution recognized in many parts of the world for serious work and of quality that they perform, which is essential to achieve the achievements that we have set as the Ministry. That is why we are here, to thank its officials and officials for the commitment with which they perform throughout Chile on this special occasion on which they are anniversary ”.